*This post is part of a monthly series called CEO Mommy which will be guest written by a few amazing ladies in my personal and professional network. This month’s post is from a very good friend of mine, Mercedes Kane, who is  founder and president of Daisy May Films. Enjoy! A few weeks ago at a party, I met Terry, a retired professional and mom. Talk drifted to daycare strategies, as happens with working moms, and Terry revealed she had to drop her kids off at daycare at 6 a.m. in Connecticut to make the two-hour drive to her high-powered job in New York, retrieving them close to 6:30 p.m. most days.

It was 25+ years ago for her, but Terry still grimaced as she remembered her initial search for child care, and how, after revealing her start and end times to daycare facilitators, many would bluntly ask, “Why did you even bother having children at all?”

I’m pretty sure almost every working mother, at any time in history, has been on the other end of a similarly critical question, or has even wondered such things about herself a time or two. I know I have.

A typical Type-A personality, I’ve always taken pride in my ability to approach my work, my home and my creative endeavors in an organized and efficient way. It’s how I’ve been able to work full-time, direct and produce three documentary films, teach a class or two and still find time for fun.

It’s with reluctant acceptance that I now admit: those days are long gone. I don’t know about you, but for me it seems downright unachievable to divide my time equally every day between parenting, my professional life, my partner and my creative passion projects.

This may not be a popular stance, but what I’m here to tell you is that true balance is, in fact, impossible. Unachievable. Impracticable. Unrealistic. We’re setting ourselves up for failure if we’re trying to do it all, all of the time.

This can be a hard concept to grasp for driven women who become moms. And while, nearly 20 months in, I’m still trying to figure it all out, I do have some truths I’ve learned to live by, that might benefit you too:

It’s okay to want to work.

I often hear mothers speaking in such a way that it sounds like they’re only working because they have to, and not because it might actually be what they want to do. That’s certainly the case for some people, but if you love what you do – professionally, creatively or both – then own it, give it the time and attention it deserves and don’t hold back out of guilt that you could be doing something for your child instead. I firmly believe your child will take notice of this dedication and even hopefully emulate it one day.

Something is going to suffer, so get used to it.

In order to fully devote yourself to anything, you need focus. Therefore, on a daily basis, it’s inevitable that you will direct your attention towards one thing over another. Some days you’ll have a late night at work and other days you’ll skip work to care for a sick child, and in-between there will be a whole lot of less-defined compromises you’ll make to meet tight deadlines and be there for your family. Take it day by day. It’ll all even out in the end.

I know so many women who are co-parenting with equally smart, kind and capable partners. The problem is that many of these women are still parenting under the assumption that they are the “primary” caregivers, even when they’re working just as many hours as their co-parents. Not me. I am proud to say that my partner packs my son’s diaper bag better than me. I was happy when his tenured teaching position allowed him to take more maternity leave than I could. Do I feel bad grabbing the occasional after-work cocktail every so often while my spouse puts our son to sleep? Nope. And I’d do the same for him.

Sometimes it pays to pay.

With children come added expenses, so it can be tough to justify paying for things you could technically take care of yourself. My question is, what is your time worth? If something is taking up valuable time and you can afford to do it another way (or not at all), I say go for it. Is cooking dinner stressing you out? How about a meal delivery plan? Do you despise spending Saturday afternoons cleaning your house? Why not splurge on a monthly cleaning service? Whatever it is, weigh the time versus the money and make the call that will keep you sane.

If you don’t have a village, build a village.

Not everyone has a family they can lean on at all times. Some people live far from their family, or their family is busy, too. But regardless of your family situation, you need a support system you can count on. So I say, FIND THEM. I am so lucky to have people in my life who love my son almost as much as I do and want to be around him, who will give me advice when I need it, and who will come over to hang while my kiddo sleeps, in lieu of a night on the town. We all need support, so whether yours comes in the form of friends, family, or both, let people help – and then help them back.

Of course, I don’t blame you if you don’t want to take advice from a novice like me, but it turns out I’m in good company. Renowned astrophysicist, TV-host, parent and all-around genius Neil deGrasse Tyson, recently shared his own similar, yet superior, thoughts on embracing the work/life imbalance.

“You don’t go to the amusement park roller coaster and say ‘I want to be balanced,’” deGrasse Tyson said. “No, you want to be as unbalanced as possible, because that’s the thrill ride.”

Buckle up, moms. It’s bound to get bumpy. 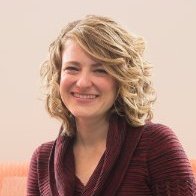 Mercedes Kane is the founder and president of Daisy May Films. She recently completed her third feature length documentary, the award-winning “Breakfast at Ina’s” which premiered at the 2015 Chicago International Film Festival and is currently screening at film festivals nationwide. Her previous films, “Today We Saw the Face of God” (2012) and “Hearts of Hope” (2009) both screened internationally, winning awards and accolades from critics and audiences alike. Mercedes was associate producer on the feature ﬁlm “Chicago Heights”, named One of the Best Art Films of 2010 by Roger Ebert. She lives in Chicago with her partner Sanghoon and their son Jasper, and works as a Creative Director at Kindle Communications.

For more information on where you can see “Breakfast at Ina’s” or any of Mercedes’ films, visit: www.daisymayfilms.com.